From Felix Wankel to the Rotapower® Engine

The Freedom engine is based on the Wankel rotary engine, which was patented in the late 1950's by Felix Wankel. Why is the Freedom engine poised to capture a return on a $3 billion investment, 1500+ patents and 30+ years of Wankel engine development, application and experience?

The core technology was acquired from Outboard Marine Corporation who produced the only Wankel rotary engine ever manufactured in volume in the US. OMC spent $200 million developing their rotary engine technology. They produced over 15,000 engines for their snowmobile line in anticipation of the demise of the two-stroke piston engine. These engines,collectively, have accumulated millions of hours in operation. Manufacturing cost comparisons performed by OMC validated the ability to produce their rotary engine at a competitive cost with their own two-stroke engine.

Advanced proprietary improvements to the core technology, included in the rights acquired by the Company, have enhanced reliability significantly, improved fuel consumption and dramatically lowered emissions.

The Freedom engine, through a patent pending on intake porting and rotor interface,combines the demonstrated reliability and fuel economy of the expensive rotary engines, with the low cost but less fuel-efficient OMC design. The Company acquired the entire OMC rotary engine technology and then developed new proprietary elements to reduce fuel consumption and emissions. The Freedom engine reduces the total emissions by over 85% when compared with industrial four-stroke piston engines and recreational two-stroke engines.

NASA Scientific and Technical Information (STI) – “An innovation from...Davis, California will make engines cleaner and more efficient. Through Small Business Innovation Research (SBIR) funding from NASA’s Glenn Research Center, the company created a new coating for rotary engines used for industrial application, watercraft, and other performance-demanding machines. These coatings significantly improve the fuel consumption of a vehicle while reducing emissions. The new coatings are offered in the new Rotapower® engine, which is produced and distributed by Freedom Motors. It is this innovative coating that allows the Rotapower® engine to function smoother than other models, reducing wear and protecting the engine. Incorporating NASA technology into the Rotapower® engine gives it the ability to run cleanly and efficiently on a variety of fuels.” 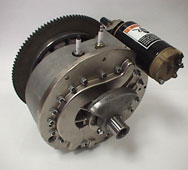 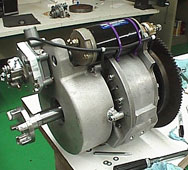 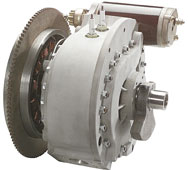